Balding at his age doesn’t seem to be huge news but it surely reminds us that the action star looks incredible in any hair-do. Jude Law will forever remain a heartthrob even with a receding hairline! Bloodlands’ James Nesbitt has had his hairline receding since the early 2000s regardless, he is a great actor. I guess for Kevin Costner, the way you style your hair can really change the way it looks. Or perhaps he had some secret hair-thickening shampoo he’s been holding out on the world. So when you look at his pictures, you can clearly see him balding at the top in one while having thick, glossy hair in the other. Apparently, it’s all thanks to specialists and professionals who helped with the illusion. Which one was the illusion? That’s up to your imagination. The beloved football player was suddenly seen with a whole bald head and then quickly after with thick hair that grew way too fast to be normal. Fans have speculated him going under the knife for a hair transplant. It seems like most men on this list have had something done to not look too bald. Obviously, so did Wayne Rooney with his thick top head. Yet another Fix, Chris Martin’s hairline reversed its receding plans, and now, he looks as young as he did then. The award-winning Jeremy Piven also had things done to his hair. It’s clear how drastically his hairline was receding, well not anymore! We can totally see the whole transformation and we love it. Whether this Backstreet Boy decides to shave all of his hair off or have a hair transplant to keep him looking young, his confidence is over the top and we just can’t help fan-girling/boying over him all over again. The world-famous Dec of Ant & Dec and beloved TV host, Declan Donnely’s hair started receding then didn’t! The best part is that he didn’t even go through a hair transplant but instead did other methods. 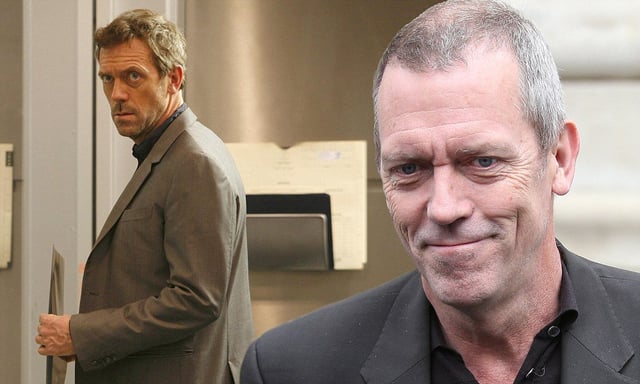 Hugh Laurie once wanted to stay balding but decided to change his mind, now, he looks as ravishing as ever with his brown hair and blue eyes. Wess was a former football player turned coach whose hair issues were something the had to deal with throughout his career. He went through procedures to have his hair fixed and he’s not ashamed to show it.

Unless you’re from the UK, you might now know who Rob Brydon is but with just the picture you can tell how his hairline was fixed and turned into such beautiful locks. Mel Gibson didn’t just grow his hair, he grew his beard too! We love the new look on him, definitely somewhat favorite rich uncle who acts like Santa vibes. A household name with a voice to remember, Nicolas Cage’s career wasn’t the only thing that was flourishing. His hair was thinning and his hairline receding until he decided to take back time. Ice Skater Kyran Bracken suffered from patchy baldness. He wanted to get things fixed and so he did. Unfortunately, getting a hair transplant didn’t make his problems go away as he still gets patchy bald spots. Billy Bob didn’t just get his face done, he made sure his hair looked just as beautiful as he did. Hair flicked his thinning head away and gave the industry yet another look of his fabulous self.

The football star and father used to have a receding hairline which obviously got fixed! He never admitted to getting a hair transplant though but we love him either way. With or without hair, Jason Gardiner is sure to make heads spin with his fantastic looks. It’s without a doubt though that his hair transplant was an absolute success. Now Elton is obviously getting a whole lot older so balding isn’t something we should be so shocked of when it comes to him. He wears wigs now due to past experiences with horrible hair transplants. In his younger years, it’s clear that Edward had a receding hairline along with his alleged “hard to work with” attitude. It seems that he’s got most of his problems fixed though he doesn’t admit it.

The singer-songwriter most definitely looks dashing either way but we adore the look of thicker hair on him. Yet another TV personality on the list, Louis also had a quite drastic receding hairline which he admits to having gotten fixed. Not so funny thing is, he allegedly got his transplant because Simon Cowell kept mentioning Walsh’s balding head. The Office definitely did some stuff to his hair, we’re not sure if it’s just styling or his hair thinning.

What Do Famous Olympic Gold Medalists Look Like Now?
J-Hope of BTS and TOMORROW X TOGETHER Are Performing at New Year’s Eve in Times Square